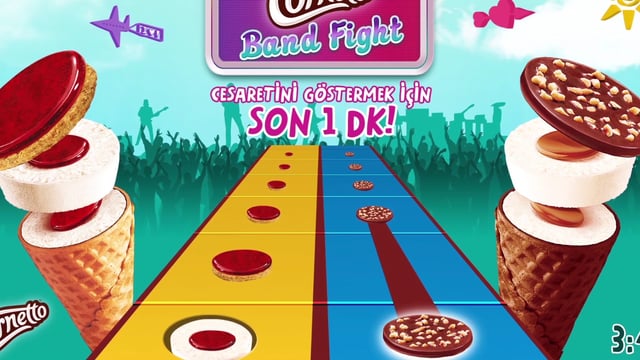 Cornetto asked us to develop an activation idea to strengthen the emotional bonds with the young audience. We created an event concept that will bring music and fun out of the ice-cream.
Using the human body’s electrical current transistor effect through the ice-cream, we generated a Cornetto playable music game "Can you make music with an ice-cream?”. By licking the ice-cream, the participants played the notes of the song. To raise the challenge, students were teamed up to compete with each other at the event stage. We visited different university campuses and reached more than 200.000 students in three years.